The disposable cup has come a long way since the first paper cup made its debut in the early years of the 20th century. Both paper and plastic cups offer the convenience of on-the-go consumption without the worry of cleanup. In addition, they help conserve water by eliminating the need for washing, although their effects on the environment aren't all positive. Each type has advantages and disadvantages.

As a matter of fact, the use of paper cups began in 1907. Paper cups remained the staple for disposable cups until the 1970s, when the plastic cups were introduced to the market. Today, both paper and plastic cups are ubiquitous.

Extensive changes in the manufacturing of paper and plastic have occurred over the past few decades. Environmental Protection Agency figures indicate that paper manufacturing increased more than 300 percent from 1960 to 2007. The data for plastics present an even more startling contrast, with plastic generation increasing more than 7,000 percent during the same time period. More than 1 million tons of the paper generated in 2007 consisted of paper cups and plates, virtually all of which were discarded. More than 800,000 tons of plastic cups and plates were generated that same year, with most ending up in the trash.

One advantage of paper cups is that they can be biodegradable, meaning they break down over time without harming the environment. Plastic cups, however, don't degrade for many years. Because of the significant volume of cups produced, the impact on landfills is also a concern.

You can use either type of cup for hot or cold beverages. Paper cups often have a waxy coating to increase their durability, but this waterproofing material can make the cups more difficult to recycle.

Both paper and plastic cups can be made from recycled materials, making them a better option for the environment than if they were conventionally manufactured. Recycled materials save energy by eliminating the need to obtain raw materials. Recycling also reduces the amount of waste in landfills. Despite the availability of recycling options, neither paper nor plastic cups typically are recycled. For the consumer, plastic and paper cups offer savings as well as convenience. When purchased in bulk, disposable cups cost pennies each. Rather than risk broken mugs or glasses when you're eating on the go, you can use a paper or plastic cup. 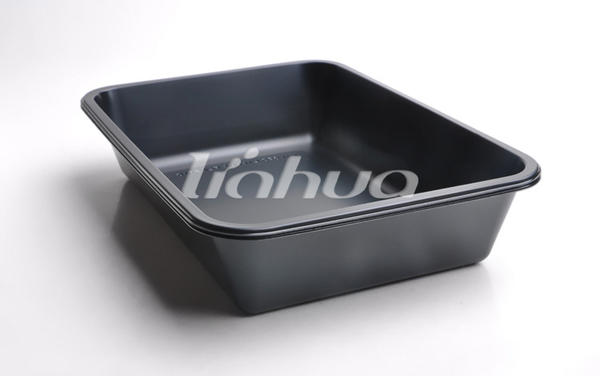 CPET food trays are ideal for use in a variety of applicatio...

CPET, or chemically processed plastic, is an eco-friendly packaging solution for foodservice. The ma... 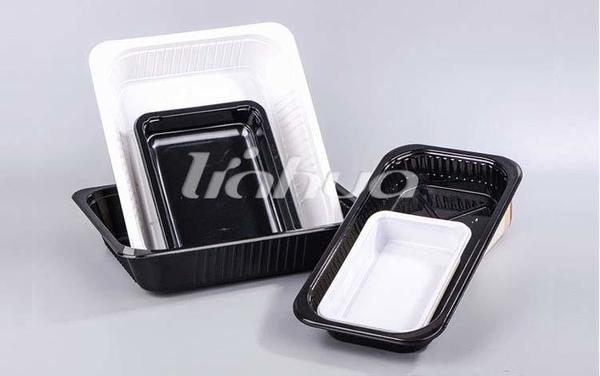 Advantages and Disadvantages of a Plastic Food Tray

Whether you are serving food at a restaurant or you are a food business owner, you are probably fami...